{The following sample is protected by copywrite}

Biochemistry – What is CBD Cannabidiol?

Cannabidiol (CBD) is a “Cannabinoid” of high therapeutic potential. CBD is one of the more than 85 cannabinoids now found to be present in the Cannabis plant. When compared with that of THC, CBD is known to be non- psychoactive., meaning that the “high” well known of cannabis is not a feature represented in this compound.

In the past, an original thought had considered THC to be a breakdown byproduct of CBD. It has now been discovered that both cannabinoids THC and CBD are metabolites of their decarboxylated acidic forms which are THCa and CBDa.

THCa and CBDa are decarboxylated (dried) by either heat or extraction. When this occurs it then produces THC and Cannabidiol (CBD).

CBD or Cannabidiol is the main non-psychotropic component derived from the Cannabis sativa plant.

There is an abundance of authentic, peer reviewed scientific data that suggest Cannabidiol (CBD) oil is useful for a broad array of conditions, most of which are refractory and unnameable to traditional pharmaceuticals. Cannabidiol (CBD) has shown promise in the treatment of anxiety and depression. It too has been studied for its effect on epilepsy and in the control of seizures. Other ailments and diseases it is showing promise in treating include arthritis, chronic and neuropathic pain and in neurodegenerative diseases like Parkinson’s, MND and Multiple Sclerosis (MS). Furthermore, there is substantial preclinical data to suggest Cannabidiol (CBD) has potent effects on the spread and proliferation of cells that are cancerous.

Non-psychotropic, CBD is not associated with the ‘high’ typically attributed to traditional cannabis smoking. Patients who receive CBD oil treatment have reported a significant reduction in stress-induced anxiety alongside improvements in their mood and their quality of life. Importantly, Cannabidiol (CBD) treatment has been shown to increase the levels of the endogenous cannabinoid Anandamide (manufactured in-house) such that the bodies entire endocannabinoid system is unregulated.

Unlike THC, CBD does not activate CB1 receptors. This is a characteristic, which has been suggested to account for the lack of psychotropic activity. This may also partially explain why users of medicinal cannabis preparations with high CBD: THC ratios are less likely to develop psychotic symptoms than those who consume preparations with low CBD: THC ratios. 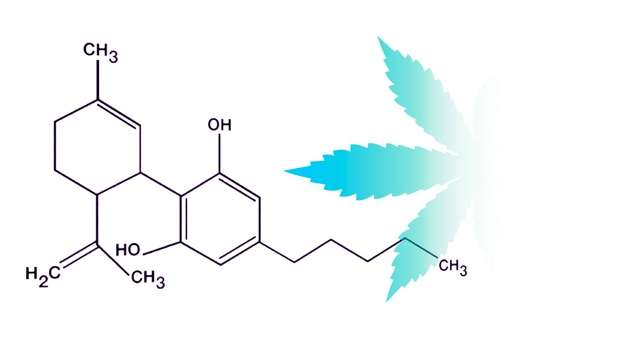 The Medical Benefits of CBD Oil / Effects of Cannabidiol

CBD and THC have a number of the same medical benefits, even though they act on different pathways of the body.

Cannabidiol aka CBD works to reduce the negative effects of THC. Clinical research studying the interaction between D9-THC and CBD indicates CBD is a potent inhibitor of hepatic drug metabolism. Hepatic drug metabolism represents a series of chemical reactions that occur within an organism’s liver. This in turn raises D9-THC concentrations in the brain. Several studies, indicate antagonism of the effects of D9-THC when both compounds are administered simultaneously to animals or humans.

Cannabidiol has been proposed effective in treating and alleviating the symptoms of rheumatoid arthritis and other autoimmune illnesses. This includes the treatment of diabetes, disorders in the bowel, alleviating the discomfort from nausea as well as many other side effects typically hard to control.

Cannabidiol has been discovered to be a potent inhibitor of cancer cell reproduction, metastasis, and tumor growth. Results of his experiments on breast cancer are groundbreaking. They illustrate the reduction in the number of cancer cells when additional CBD is applied. Essentially, Cannabidiol (CBD) may have the potential to switch off the gene that causes cancers, offering patients a non-toxic treatment for aggressive types of cancer.

Cannabidiol proven to reduce inflammation – a colleague of Mechoulam’s, Marc Feldman at Imperial College, London, tested CBD on mice that had a version of rheumatoid arthritis and found that it reduced inflammation by 50% at the right dosage.

“CBD did not just prevent onset, it blocked the development of diabetes.”

CBD Oil (Cannabidiol) has been studied and found to possess the following medical benefits:

Antiemetic – Reduces the discomfort and symptoms experienced from nausea and vomiting

Back to Blog | The Endocannabinoid System

© Copyright 2022 Get it Right CopyWrite. All Rights Reserved